Overview of the Game

Astronauts, mission controllers, and scientists depend upon the reliable transmission of information between Earth and spacecraft. Communication links are the lifelines that provide command, telemetry, and science data transfers as well as navigation support. It is the goal of NASA's SCaN Program to provide and develop these links and to support space flight missions throughout the solar system. 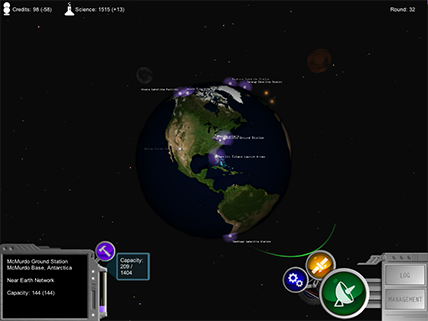 NetworKing is a game that allows you to take on the role of Network Manager and puts you in charge of building up a communications network that you will use to support scientific missions.

Overview of the Game

As a Network Manager you'll have to earn resources to build and upgrade your networks. You can earn resources by using your network to support low Earth orbiting satellite missions. As you develop your network, you'll receive increasingly lucrative contracts from satellites. You can win the game by working your way through the upgrade tree to unlock the Integrated Network.

The game can be played in a Web browser or downloaded and installed as an application. The game's Web site provides details: https://nasa3d.arc.nasa.gov/visualizations/networking

A Note About Web Player Versions

You can visit http://unity3d.com/webplayer/ to check your version. To force an update, uninstall the Unity Web Player software and then reinstall it.

If this is your first time playing NetworKing you'll have to create a new character. Enter a name for your character and then choose a profession and a color. Your profession represents your character's educational background and qualifications for the position of Network Manager. Each profession offers a different bonus. 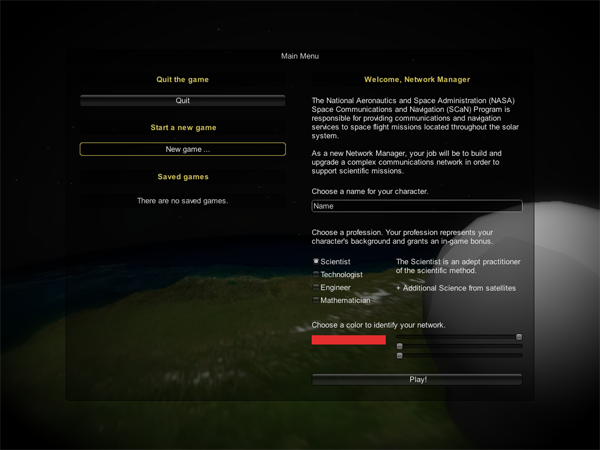 After choosing a profession, click "Play" to begin the game.

The game automatically saves your progress each round so you can come back to your game at any time. To resume a game in progress, select the name of an existing character from the list on the left and then click "Resume."

The game is fully keyboard accessible and also supports the use of a mouse.

The main window displays the game world. You can interact with the world using the mouse or the keyboard. The interface presents critical information about the state of your network and easy access to all of the actions available to you as a Network Manager. 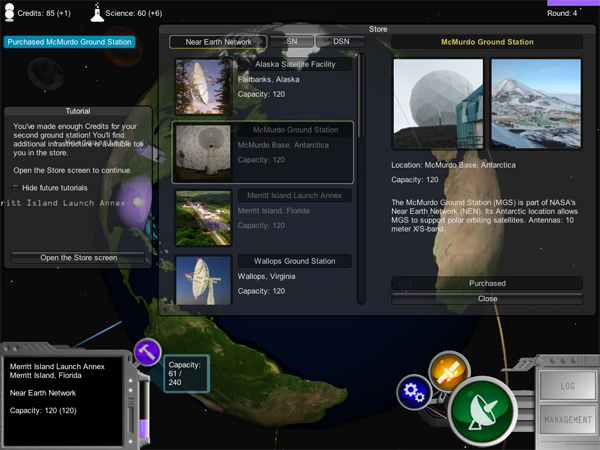 In the upper left you can see your current Credits and Science amounts. The numbers that appear in parentheses show much you'll make at the start of the next round based on the clients you're currently supporting and the upkeep costs of your network. Just below the resources display you'll see notifications appear from time to time. In the screenshot, the notification confirms the purchase of a new ground station.

The bottom right cluster of buttons gives you access to the screens you'll use to manage your network.

The bottom left window shows information for the currently selected object. To the right of the window, the capacity gauge shows you how much of your network's capacity is in use supporting clients.

It's your goal to build up three networks, the Near Earth Network, the Space Network, and the Deep Space Network, and ultimately, to perform enough scientific research that you can combine them into the Integrated Network. However, you will need resources to do so. Specifically, Credits and Science.

You can earn resources by offering your network's services to support satellites. Satellites interested in using your network for their missions will present you with offers, which you can choose to accept. You receive new offers each round.

Maintaining network infrastructure is expensive. Each round you'll lose some Credits to upkeep. Upkeep represents the basic maintenance cost of supporting your network hardware. As you build more infrastructure you'll pay more in upkeep, but you'll get more capacity, too. The more capacity you have the more attractive your network becomes to potential clients.

In the game, time passes automatically. Every five-second round, you will either make or lose resources depending on how well you manage your network. Each round represents a finite period of time for which your network is providing services. Rounds will not pass when any screens or tutorials are open.

At the beginning of every round you collect Credits and Science from any satellites that are flying on your network. You'll also pay upkeep costs for your network infrastructure.

You receive a certain amount of Credits and Science each round for flying a satellite, in addition to a bonus if you fly the satellite for the duration of its contract. In exchange, each satellite you accept uses some of your network's capacity while it's active.

The capacity gauge will rise and fall as your network grows and you take on clients. Try and use as much of your network as you can at any given time. But be careful! For each round your network is over capacity you will not receive any income from your satellites, including contract completion payouts. Building and upgrading your network will give you more capacity, in turn leading to better offers.

As you progress, you can spend Science and Credits to build up and improve your network.

To beat the game you'll have to upgrade your network. This is done by purchasing new infrastructure from the store and upgrading existing infrastructure through the Research screen.

In the store, you can purchase new infrastructure for your network. The store is divided into three sections, one for each of your networks. As you progress through the game you will unlock more Near Earth Network nodes and the nodes on the Space Network and Deep Space Network tabs.

New Near Earth Network infrastructure will increase your capacity, but adds to the upkeep cost of your network to maintain. The more ground stations you build, the more attractive your network becomes to high-paying clients.

Space Network and Deep Space Network infrastructure will not affect your capacity, but is required in order to research some upgrades and to support special NASA missions.

As you gain Credits and Science you can invest them back into your network by researching upgrades. Upgrades improve your network in many different ways.

Each upgrade has a cost of Credits and Science and confers a bonus once unlocked. Some upgrades depend on others so you'll have to research those first. You can click on the upgrades to learn about what they do.

Upgrades are the key to advancing your network. As you progress through the upgrade tree you'll unlock additional networks, ground stations, and even special NASA satellites. If you can make it all the way to the Integrated Network upgrade you win!

Every so often one of your ground stations will be affected by a disaster. Disasters reduce the capacity provided by the affected ground station. You have two options to restore the station to full capacity: you can pay to have the disaster repaired, or try to fix it yourself.

If you choose to attempt your own repairs, your chance of success is based on the amount of Science you have. Should you fail in your attempt, the cost of repair will increase. After five unsuccessful attempts you will be unable to try to fix the station yourself.

When disaster strikes, the affected station will be marked in the game world by a red disaster indicator.

The help screen displays your current progress and a list of the controls. From the Help screen, you can exit to the Main Menu, or put the game into full screen mode. The Help screen can also be used to jump to any part of the in-game tutorial. 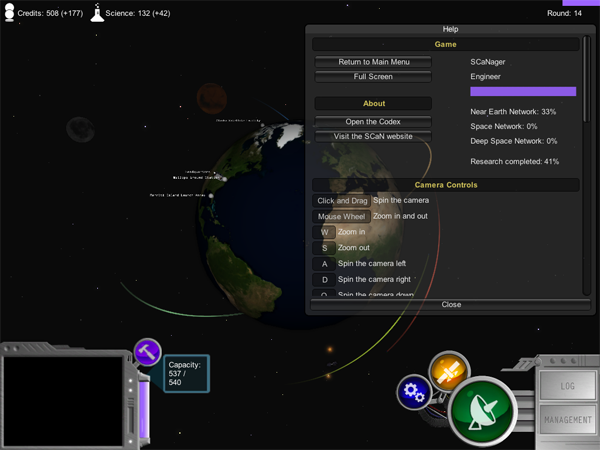 On the Offers screen, you can review offers from satellites interested in using your network to support their missions. You won't be able to accept every offer you get, so you'll have to compare to see find the offer that best suits your needs. 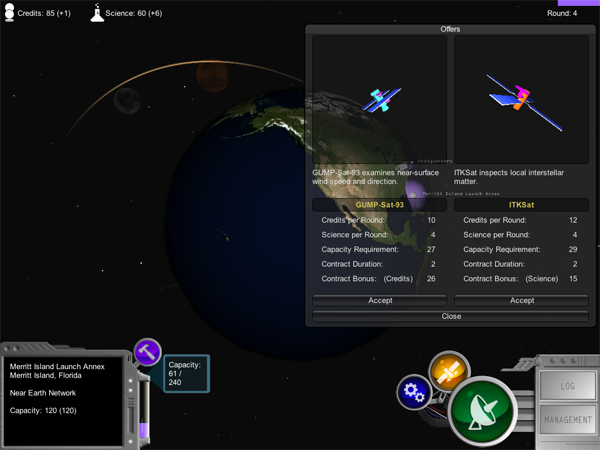 The Management screen lets you see all of the satellites currently flying on your network, and their respective stats. You can sort them by clicking on the headers at the top or using the left and right arrow keys. 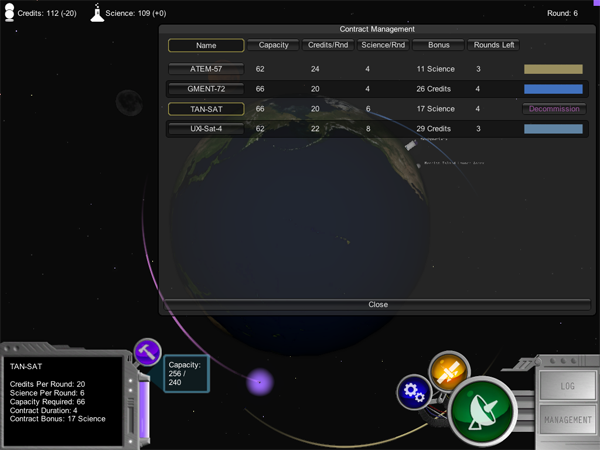 You can refer to the Log at any time to see a detailed breakdown of your income and expenses for each round that has passed. You can use the Previous and Next buttons to move between pages. 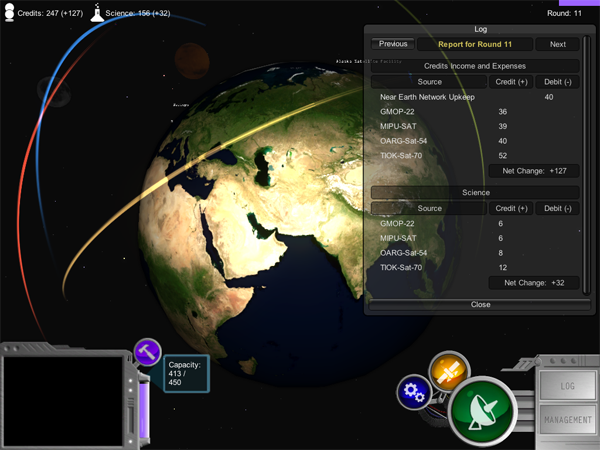 The store contains information about all of the available network nodes. It is broken into three tabs, one for each of the networks. Selecting a network node from the list on the left lets you read about it on the right. 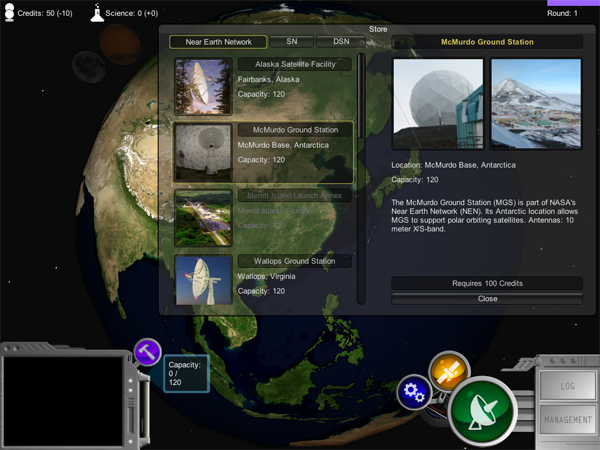 The Research screen shows a grid of upgrades that are available for your network. Each upgrade has different effects. Click on any upgrade to read about it on the right. Some upgrades depend upon others; this is indicated with an arrow leading from one upgrade into another. 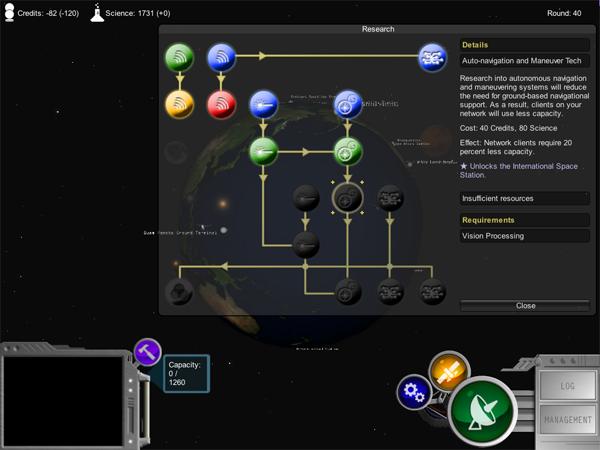 The Repair screen lets you deal with problems that are affecting your network. Choose an affected node from the list to see your choices for resolving the problem.

There are two ways to set things right: you can pay to have the disaster repaired, or try to fix it yourself based on your scientific knowledge of your network. However, should you fail in your attempt to fix the issue yourself, the cost of repair will increase. After five unsuccessful attempts you will be unable to try to fix the station yourself. 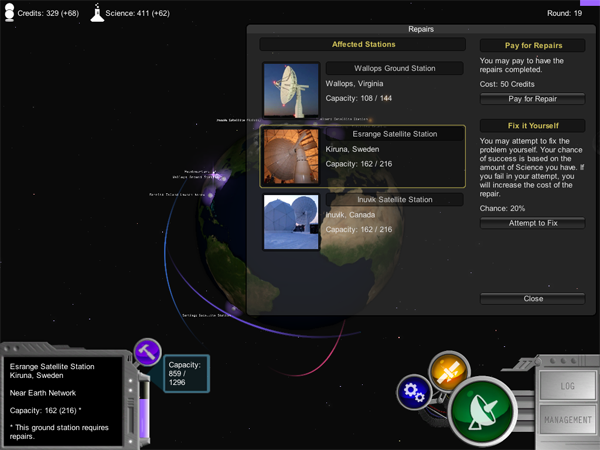 The Codex lets you read about network nodes and unlockable missions. Choose one of the tabs and then select an item from the pane on the left to read about it. 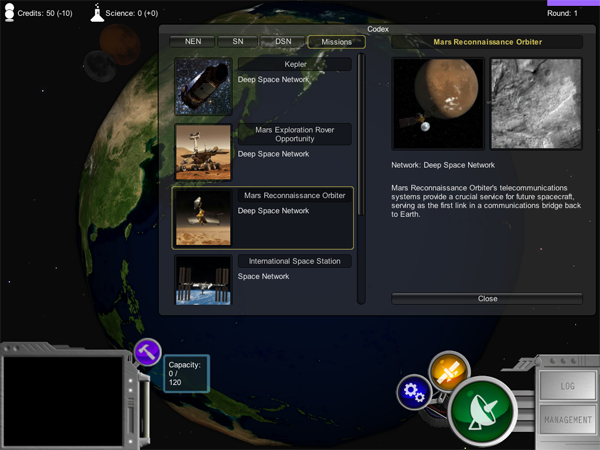 NetworKing takes many liberties in depicting its subject matter. However, there is much that is based on fact.

The geography of the stations is roughly correct, though their size is greatly exaggerated.

Some missions actually use all three networks over different stages of operation.

All of the upgrades on the Research screen are based on proposed or current technological milestones as defined in the Space Communications and Navigation roadmap.

The communication paths shown by the NASA missions are accurate.

For additional information, please visit the Space Communications and Navigation office on the web at https://www.spacecomm.nasa.gov/. 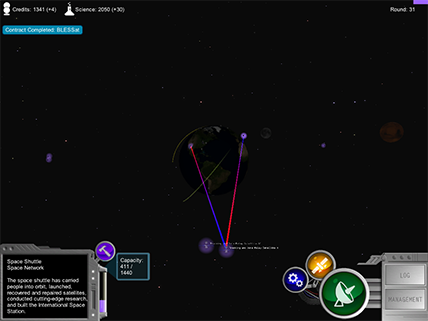 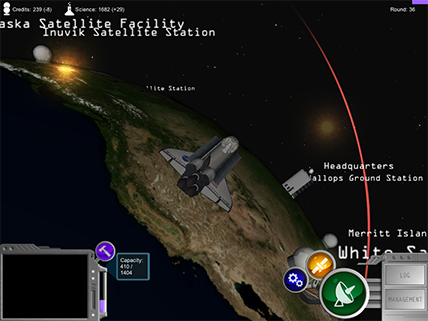 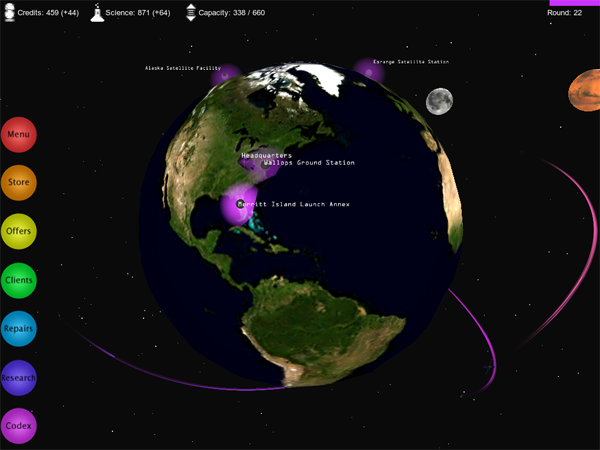 Download for iOS
View NetworKing on the App Store
Information 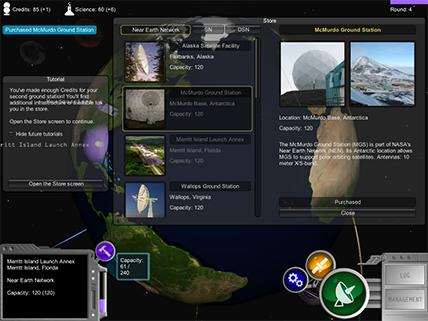