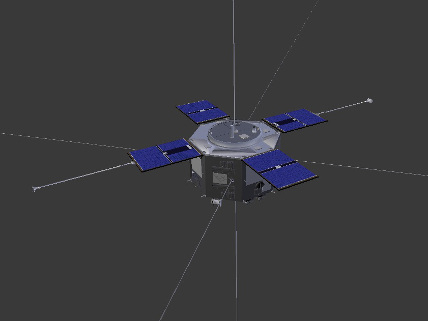 The Van Allen Probes (formerly known as the Radiation Belt Storm Probes (RBSP)) will study two extreme and dynamic regions of space known as the Van Allen Radiation Belts that surround Earth. Named for their discoverer, James Van Allen, these two concentric, donut-shaped rings are filled with high-energy particles that gyrate, bounce, and drift through the region, sometimes shooting down to Earth's atmosphere, sometimes escaping out into space. The radiation belts swell and shrink over time as part of a much larger space weather system driven by energy and material that erupt off the sun's surface and fill the entire solar system.