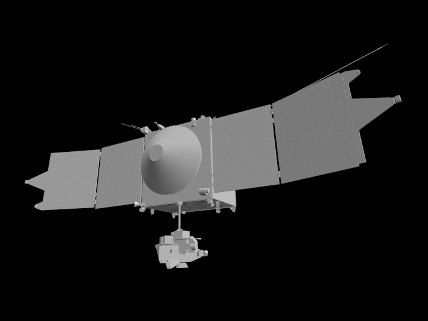 The Mars Atmosphere and Volatile EvolutioN (MAVEN) mission is part of NASA's Mars Scout program, funded by NASA Headquarters. Launched in Nov. 2013, the mission will explore the Red Planet's upper atmosphere, ionosphere and interactions with the sun and solar wind. Scientists will use MAVEN data to determine the role that loss of volatiles from the Mars atmosphere to space has played through time, giving insight into the history of Mars' atmosphere and climate, liquid water, and planetary habitability.