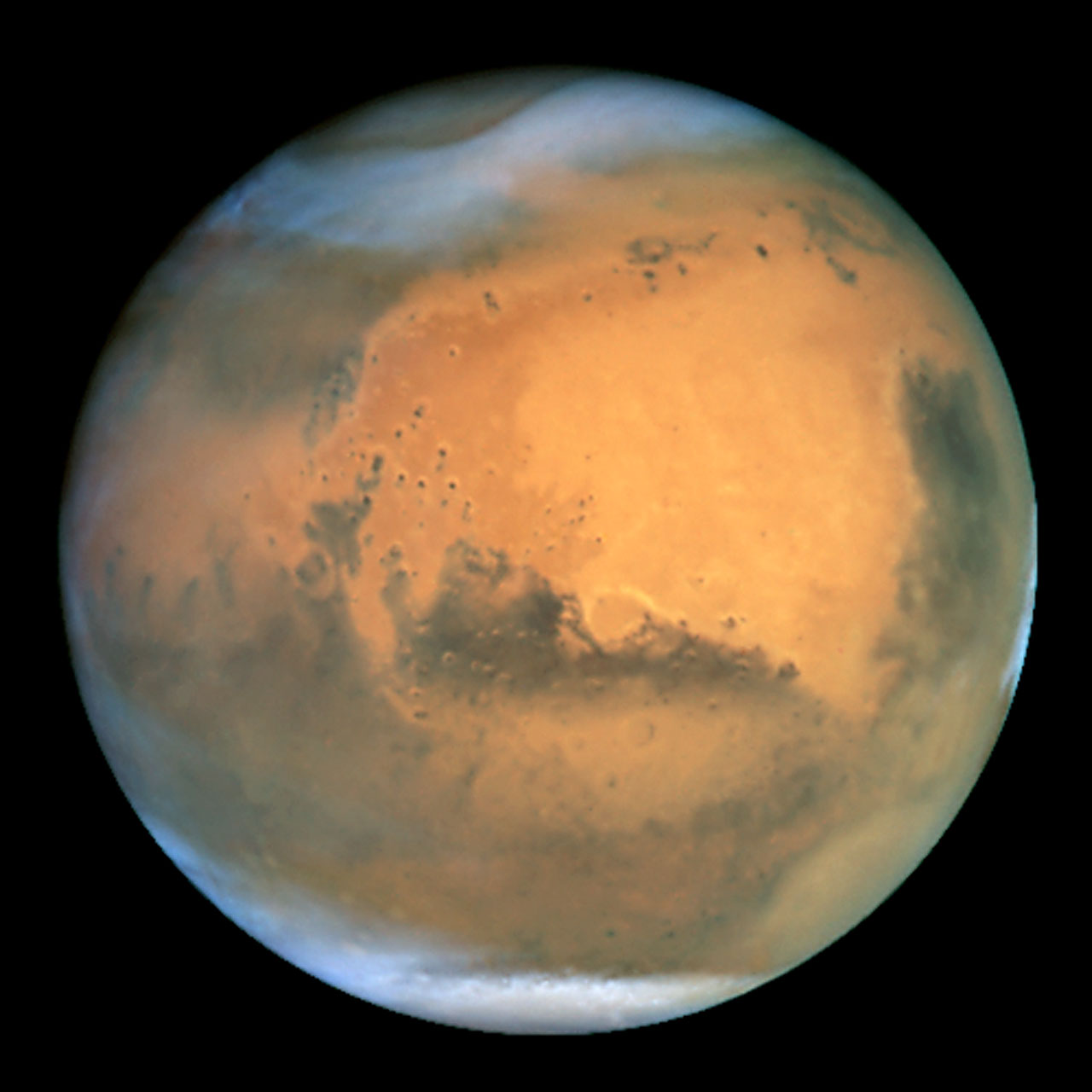 Images of Mars, the 4th planet from the Sun, show many features. In the image to the left which is a sharp, natural-color view of Mars from the Hubble Space Telescope reveals several prominent Martian features. This image includes the largest volcano in the solar system, Olympus Mons; a system of canyons called Valles Marineris; an immense dark marking called Solis Lacus; and the southern polar ice cap. The next image is data from the Mars Orbiter Laser Altimeter (MOLA) on the Mars Global Surveyor which mapped the planet. This data was used to produce the 3D print of Mars for this project.