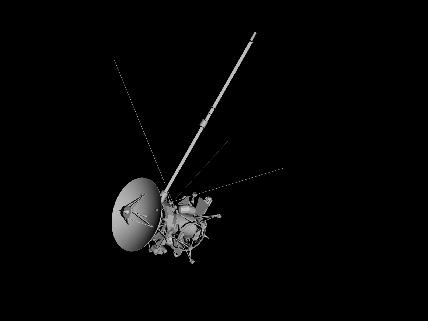 Cassini spacecraft from SPACE rendering package, built by Michael Oberle under NASA contract at JPL. Includes orbiter only, Huygens probe detached. Accurate except no thermal blanketing is shown (this would cover most of the central structure of the spacecraft). After two decades in space, NASA's Cassini spacecraft is nearing the end of its remarkable journey of exploration. Having expended almost every bit of the rocket propellant it carried to Saturn, operators are deliberately plunging Cassini into the planet to ensure Saturn's moons will remain pristine for future exploration.